Santa arrived early again and brough me my new video camera all the way from his work shop in China. Two weeks ago was my 55″ flat screen TV. It takes full 1920 HD video, lots of features and even takes 24 MB still photos. Also has nice remote control to start the camera from a remote location. I will give it a test run tomorrow.

How times change. My other video camera which I paid $449 for about 6 years ago is battle worn with

a cracked screen from some of my spectacular crashes while running for a train and getting blow over, dropped and banged but still works great. No idea how many hundreds of hours I have taken with it and I sure got my monies worth. I will still use it as I can get creative and shoot trains coming and going and make some neat edits.

The new one only cost $89 and I had a $20 Amazon credit so only cost $69 and free shipping. Now you know why I shop online. Comparable camera here would have cost over $200 plus tax. 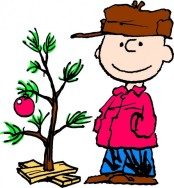 Santa must be warming up the sleigh about now. I remember when I was a kid the days could not go soon enough until Christmas got here. Now sadly it is just another day and can’t wait until it is gone so people quit running around like chicken without a head. It seems manners are put aside when on a quest for the gift you really can’t afford. Don’t get me wrong but if that is your thing, go for it but maybe it is about time we did remember the meaning of Christmas at least for a few minutes and teach our kids it is great but also why we celebrate it.

Best Wishes and Merry Christmas to everyone.

I needed some new drive shafts for one of my model train locomotives so headed to the computer and in minutes located them for $1.05 each so set up an account and went to order 4 of them. Everything went fine until I have to change the

shipping country from the US to Canada. Priority Post to Canada for 4 items the size of a toothpick was $16.90. Are they kidding? Needless to say I will wait till my next US trip and just buy them there. Bad enough our dollar sucks and everything costs an additional 25-30% but to get ripped off by the post office sucks. I never ordered then but feel I got the shaft anyway. 😦

Yesterday was not only the 355th day of the year but also the December Solstice which to me is the real Hump Day as it was the shortest day of the year. Days will now start getting longer and brighter so Winter will lose some of its depressing hold on us and we start thinking of summer and hot days.

I know we still have at least 3 months of snow, cold and frigid winds but at least me know the next day or the next things will get better.

So rejoice, embrace the winter as it is a time for fun, great days and many photo opportunities you can only get now. The more you get involved with winter the faster it goes and summer will not seem so far away.

I came across this recording I made over 28 years ago when I was madly in love and living in Kapuskasing. I was the Manager of the Sears store in Kapuskasing and she was an employee but we had a torrid affair for about 18 months before I was transferred to Woodstock. She was married to a crazy Frenchman so had to keep it a secret even after she moved out and filed for divorce.

We had plans but she decided to stay in Kapuskasing when I was transferred to Woodstock and that ended our love affair.

r and DJ on the weekends. After too many beers and a few joints one nights I put together this tape.

What was I thinking? I can laugh at it now and if you need one, give it a listen. I have since given up drinking any smoking and wonder if this was the reason.

Click picture to listen: Booze and Drugs Are Bad

Never did figure out who came up with that, maybe a guy who only got sex on Wednesdays. As Christmas day gets closer it seems to bring out the worse in some people as they drive themselves into a frenzy trying to please people that they ignore the rest of the year. Buying useless electronic gizmos that will lose their appeal in days or a fad toy for kids that already have too much all the while complaining about how much things cost.

Maybe it is time to be thankful for what you have and instead of spending all that money on more stuff giving that money to the people who really do not have anything. I am sure it would give you a much better feeling and last all year.

Train chasing is made up of 25% information, 25% quess work and 50% of hit and miss. Trains even though you have an idea of when they are running have a mind of their own and track work, weather and other every day surprises throw off the schedule. Even with a scanner you might hear the end if train screech but that does not tell you on what railroad the train is, where it is and in what direction it is traveling. Today I caught two trains in London but missed 4 that passed by when I was in a position not to catch them or was at one railroad and they were on the other. Best to bring a book or something to keep you busy the hours between trains.

Railfanning in places like Fostoria or Bellevue Ohio where up to 100 trains a day go by sure beats sitting here at the tracks for hours and seeing nothing. At least with Ontario Southland if I miss them I know where to find them. 🙂

Another crispy start to the day but lots to do. Articles to be written, web pages to be updated and photos and videos to edit. They will have to wait as the Sun is out and can’t stay inside on a day like today. Thinking of heading to London to do some train chasing and a stop at Forest City Surplus to see what is new. Also need a new lens for my camera so will do some shopping to see if any deals. I will let you know if I have any success.

This morning I got a “heads up” that a CN train with foreign power, a BNSF loc0motive as well as 4 other locomotives was headed my way so even though it was 2 below zero, I got dressed and headed out. It left Sarnia at 7:18 am so figured be here about 9:oo am. I arrived at the Ingersoll Ontario VIA station and everything was going as planned.

A few minutes after getting there the scanner went off in Dorchester Ontario, 8  miles away of an eastbound headed my way. That would be it. About 30 seconds later the detector went off at Beachville Ontraio, 6 miles away fo a westbound. Two trains, this is great. I knew the westbound was VIA 71 as the scanner announced 20 axles and it was on the southbound track. A small amount of panic creeped in as what if it stopped and blocked the train I was there for?  It was travelling at 80 mph and only had 6 miles where as the freight was only doing 45 mph and was 8 miles away so should be here and gone.

Now this is where the gremlins arrived in this story and made it a disaster but also funny at the same time. I only had minutes before VIA arrived so grabbed my video camera and tripod and threw my SLR camera around my next and headed down to in front of the old station where I could get both trains. The platform was snow-covered and piled with snow so off I went. I was in snow up to my knees until I stepped off the edge of the platform and  went down another foot doing a face plant into the snow with both cameras getting a taste of the white stuff.

My panic level and my heartbeat increased many times as my mind is racing of how to clean my cameras and get ready in the minute or so left. Sure enough no tissues so even though it was freezing, off came the gloves to see if I could use them to clean the lens with the inside of them. Did what I could as I saw VIA coming around the corner and the CN train about a mile away. Video running and some shots of the VIA as it dropped off one passenger and started to leave. I could air escaping from the train brake line which is not good but figured with only 4 cars the compressor could keep the air at 90 pounds. Wrong, the VIA train stopped after only moving about 20 feet.

The panic button in my head is now flashing red as the VIA train is completely blocking me aqnd the freight is only seconds away. If I race through the snow to the front to get a shot they might start and I would really be blocked so decided to run to the end of the VIA train as the CN blowing for the crossing. Sure enough stepped in the same hole again but manged to keep myself in an vertical position and ran to the driveway. Only seconds to spare as I set up the video camera and then grabbed the SLR as the train went by.

DISASTER as I looked through the viewfinder and could see nothing but a white square as I had changed the shutter speed to about 1/100 to get a shot of the ice encrusted air hoses and in the rush to move my location did not set it back for bright sunshine. No chance of any photos as it was by me now but did get to see it and the video was running.. 🙂

So falling, snow covered cameras, VIA train blocking me and wrong camera settings were more than enough for a few choice words. Thinking of it now I just smile and glad nobody was around to see this old crazy guy enjoying winter. Here is a capture from the video.

What is with this -2F morning. I was laughing at Canmore with below zero temperatures but now they have 21F and we have 2 below zero. Crunchy snow under your feet and the hairs in your nose freezing. Clear day forecast but not sure the Sun will help much.

Off to Ontario Southland Railway shop to deliver my Christmas cards then have to stop in and fix a friend’s computer that has unwanted malware  on it. Then maybe even some train chasing. Keep warm.